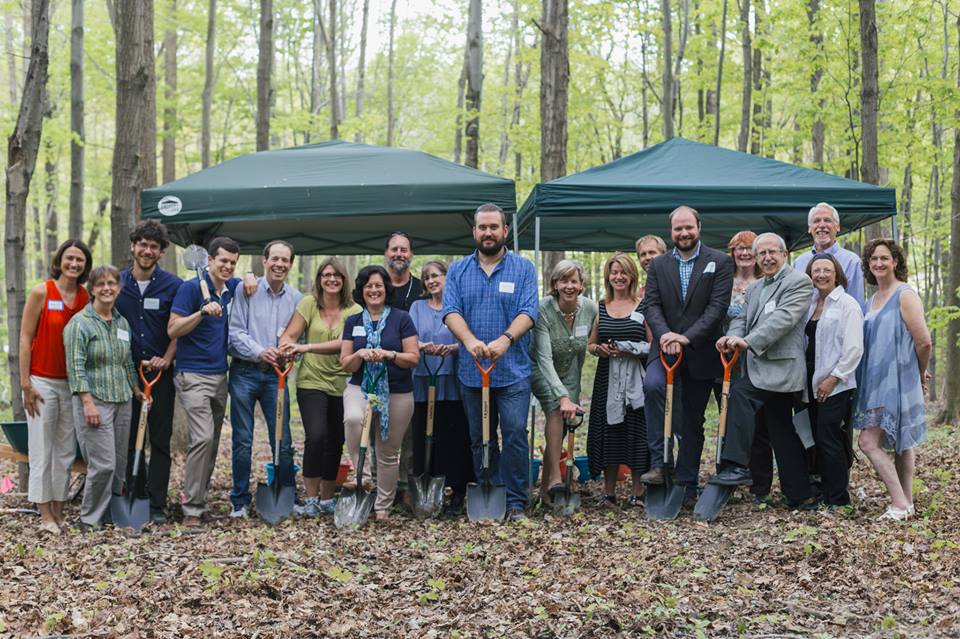 On May 12th, 2016, Hershey Montessori School celebrated the groundbreaking of a new building at the Huntsburg Campus that will house the completion of the Upper School.

“Every time Hershey Montessori School has expanded their programming, it’s because the students themselves want it. They ask for it. They express an interest to continue their Montessori education. The students at Hershey Montessori School, especially at the middle school level, are already very engaged in running small businesses, in growing some of their own food, and solving problems on the land. What will be possible for older students is to continue that work at a much higher, more sophisticated level. This is a microcosm of society on this farm.” – Laurie Ewert-Krocker, Upper School Program Director

The groundbreaking was a historic event because once the building is finished, Hershey Montessori School will be one of the first Montessori schools in the world to serve a complete continuum for infants through 18 years of age. “Education should not limit itself to seeking new methods for a mostly arid transmission of knowledge: its aim must be to give the necessary aid to human development. This world, marvelous in its power, needs a ‘new man.’ It is therefore the life of man and his values that must be considered. If ‘the formation of man’ becomes the basis of education, then the coordination of all schools from infancy to maturity, from nursery to university, arises as a first necessity.” -Dr. Maria Montessori

Thank you for your continued support of Hershey Montessori School!